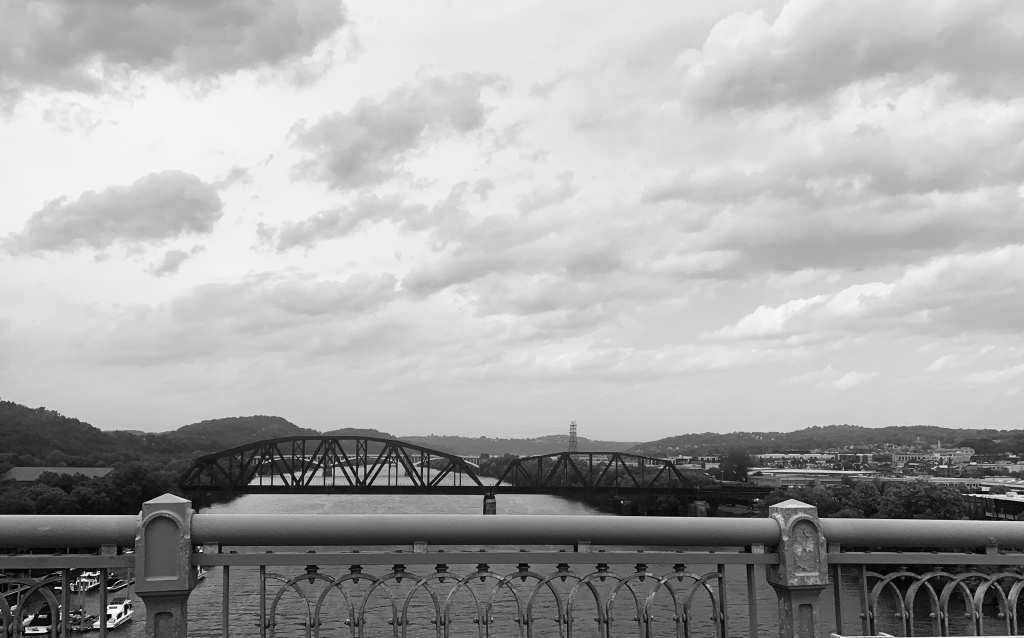 We were meeting at The Strand because the author said it would be most convenient that way. He lived in Hoboken, and I lived in Williamsburg at the time; we both crossed bridges to get there. We had expressed interest when we first matched in wanting to read the same new release. Édouard Louis’ The End of Eddy. This was why we were meeting at a bookstore and not someplace else.

The author was in his late forties. He had a full-set of black hair, with the occasional fleck of silver. He had been growing a small paunch, which was still much smaller than most men his age who never exercised. His face was made-up of soft features: a fine, if somewhat up-turned nose; almond-shaped eyes that were not startling in color; a jaw that lacked angles. He was not ugly. He looked fine for his age.

I was browsing the new releases when we made eye contact. I don’t think we hugged; I might have only waved hello. He spoke loudly, which embarrassed me. I saw people turn our way. Warmth rose to my cheeks. He spoke and I nodded, trailing behind him as he picked an assortment of books. When I saw The End of Eddy, I grabbed a copy. He grabbed one himself. At the checkout, he had the cashier scan my book. He was paying.

Together, we took the subway to the PATH. I don’t think I ever agreed to go to Hoboken with him, but this felt fine. Sitting beside each other, he handed over the bag from The Strand. For you, he said. All the books he had chosen were books he picked specifically for me. I forget what all was in the bag. Emily St. John Mandel. Kelly Link. He fished out his own copy of The End of Eddy, laying it flat on his thigh. I said thank you, both grateful and somewhat self-conscious.

In his apartment, which was a large one bedroom he had lived in since the 90s and which he now owned, he served me a glass of red wine. We sank into his couch, which faced a small TV and behind the small TV a wall lined with stacks of books. These were the books he had yet to read. He told me he rarely kept books, only the ones that left him breathless. Those were his words. Breathless. I dragged my finger down the many stacks. There was an early copy of Patricia Lockwood’s memoir. I fawned over it. He let me have this, too.

In his bedroom, I found he was a stiff kisser. It occurred to me he rarely did this. It was as we were kissing, as I was unbuckling his pants, as I was taking him into my mouth, that he said, This isn’t your first rodeo. Those words stayed with me, too.

After he came, and I swallowed, I saw flecks of toilet paper across his ass. I rinsed my mouth out with water in the restroom. A large poster for a famous film adaptation of one of his novels hung above the toilet. In college, I was once told I looked like the gangly, almost alienesque lead. This was not a comfort.

He offered to call an Uber for me. This is the only time he would offer this. He kissed me good night. It was a nice, long kiss. Less stiff than what we had done before. In the car, I fingered my bag from The Strand.

At this time, I was twenty-one. But I had no illusions of how I looked. I knew I appeared much younger. When I went on dates with older men, which I did often only because it seemed those were the only people interested in me, I felt somewhat unsettled. Did they only like me because I was so young-looking? So boyish? I could have passed for a sixteen year old. I find this more odd now, looking back as someone nearing his thirties; it leaves me deeply uneasy, actually.

The author mostly wrote YA novels that had broken through into the mainstream. I had read him when I was in middle school and high school. I didn’t tell many people about our date; when I Googled him, I found I was slightly embarrassed by the pictures I saw online. He looked, I thought, better in person.

We had made no plans for a second date. It was the middle of the week, only a few days after our first meeting, when he asked if I wanted to come out to Hoboken. It was late in the day. He was being spontaneous. I said sure. I took a bus from Port Authority, which was close to where I worked at the time. It took under an hour to get to his house.

Our second meeting was unremarkable. He fed me wine. He gave me no books. I didn’t even browse his to-be-read pile; it looked mostly the same. He led me to his bed. After I rinsed my mouth, I sank beside him over the covers. He asked if I wanted to sleep over. It occurred to me that the commute to work might be easier this way. I said sure. I had a nearly sleepless night. Cars tore down the street outside. Light filtered in through the slats of his window. The author reached for me, pulling me into his arms. I couldn’t breathe. At around dawn, I rose from bed. I kissed his cheek, told him I was going. He grumbled something. I walked around Times Square, waiting for the time to pass. When it was nine, I went into work.

From time to time, the author and I exchanged messages. We did not discuss meeting again. A year passed before he messaged and asked if I wanted to hang out. It had been a while, he said. I said sure. He had tickets for an off-Broadway production. I showed up to dinner drunk—I had brunch plans that had extended into the afternoon. The server looked worried. The author looked embarrassed. When the server asked if I wanted anything to drink, I read out the entire wine menu: cabernet sauvignon pinot noir tempranillo. I thought, in my drunken state, that this was one wine. The author grimaced. The server said, What? He was genuinely confused.

During the play, I tried kissing the author. My movements were desperate, my hands like claws. He pushed me away. I lowered my head, where it lolled about. I slept through most of the play. In the street, I kissed him. Afterwards, he told me to get a taxi. He wiped his mouth with the back of his hand. I did.

He messaged me not so long ago. We exchanged some updates. I had seen that a new book of his was being published. When I offered that I was writing now, he ignored this. He asked if I wanted to hang out. I did not respond.

Joshua Vigil is a writer living in New York. His work has appeared in Full Stop, Neutral Spaces Magazine, The Rumpus, and elsewhere.