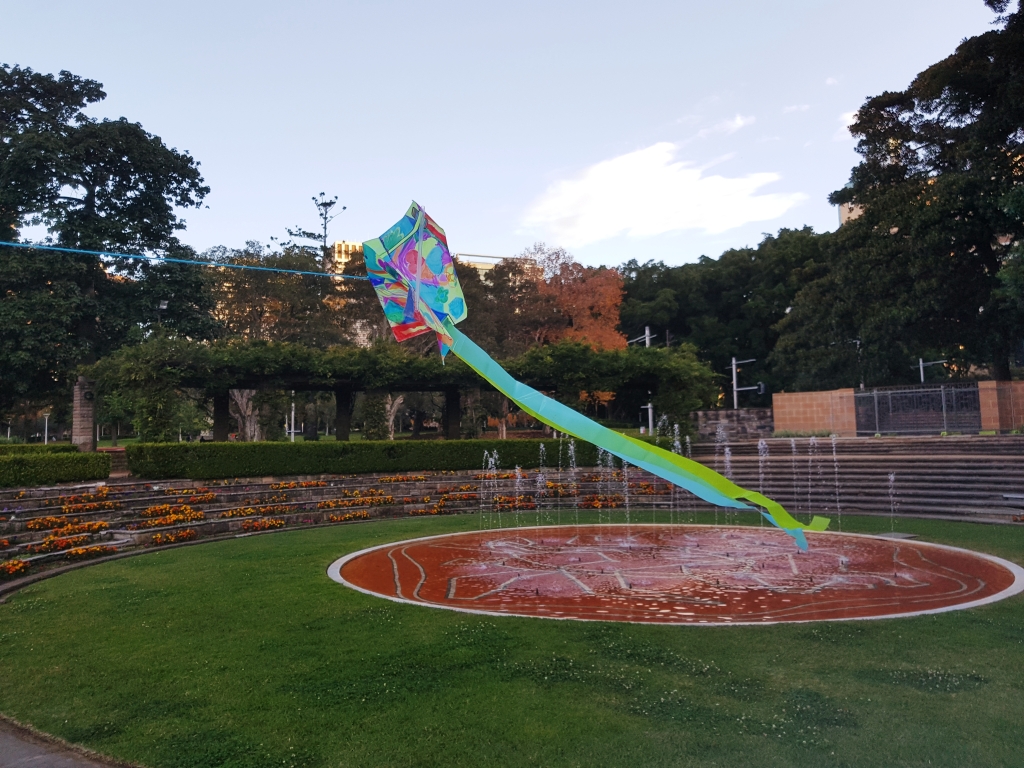 The pharmacist is no longer offering medication. Not in capsule, tablet, or liquid form. Instead she is handing out bindles. You know, bindles? Those long sticks that hobos carry over their shoulders? With the little kerchief tied at the end? That’s what the pharmacist is doling out these days. It doesn’t matter that people come in with prescriptions for SSRIs or muscle relaxants. The pharmacist is in charge now, and she prescribes bindles. I handed her a script for an antidepressant and she rustled around behind the counter before giving me back a bindle with a red paisley kerchief. Take everything at once and come back next week, she instructed.

I walked back down to the subway carrying my prescription over my shoulder. It was rush hour, but most people didn’t even notice me; my pharmacist wasn’t the only one who had started ignoring the scripts. The subway car was full of therapy animals, people lugging Tibetian singing bowls, and horse blinders rejiggered to fit humans. A gangly young man folded his body between the subway pole and the other passengers in an attempt at downward facing dog. His limbs jostled the commuters nearby, sending one woman’s sun-lamp visor tumbling to the ground. The young man mumbled an apology and waved his little white prescription slip in the air as an explanation. Only the nearby pygmy goat lifted his head to look.

When I got home, I laid my bindle down on the floor and unwrapped it. Inside sat a small pot of daisies, a large deflated pink balloon, and one of those Italian coffee makers that you put on the stove. I think they’re called Moka pots.

I put the plant on my windowsill, Googled Moka pot instructions (do not put it in the dishwasher), and sat down to blow up my balloon. Lightheaded from the balloon inflation, I heard the record player my neighbor had been prescribed, the notes eking through our shared wall while my coffee brewed.

Emma Tessler is a psychotherapist and writer living in New York City.

image: Andrea Damic lives in Sydney, Australia. She has been published in 50-Word Stories and Friday Flash Fiction. You can find her on Twitter @DamicAndrea. One day she hopes to finish and publish her novel. In spare time she takes photos and creates Art.