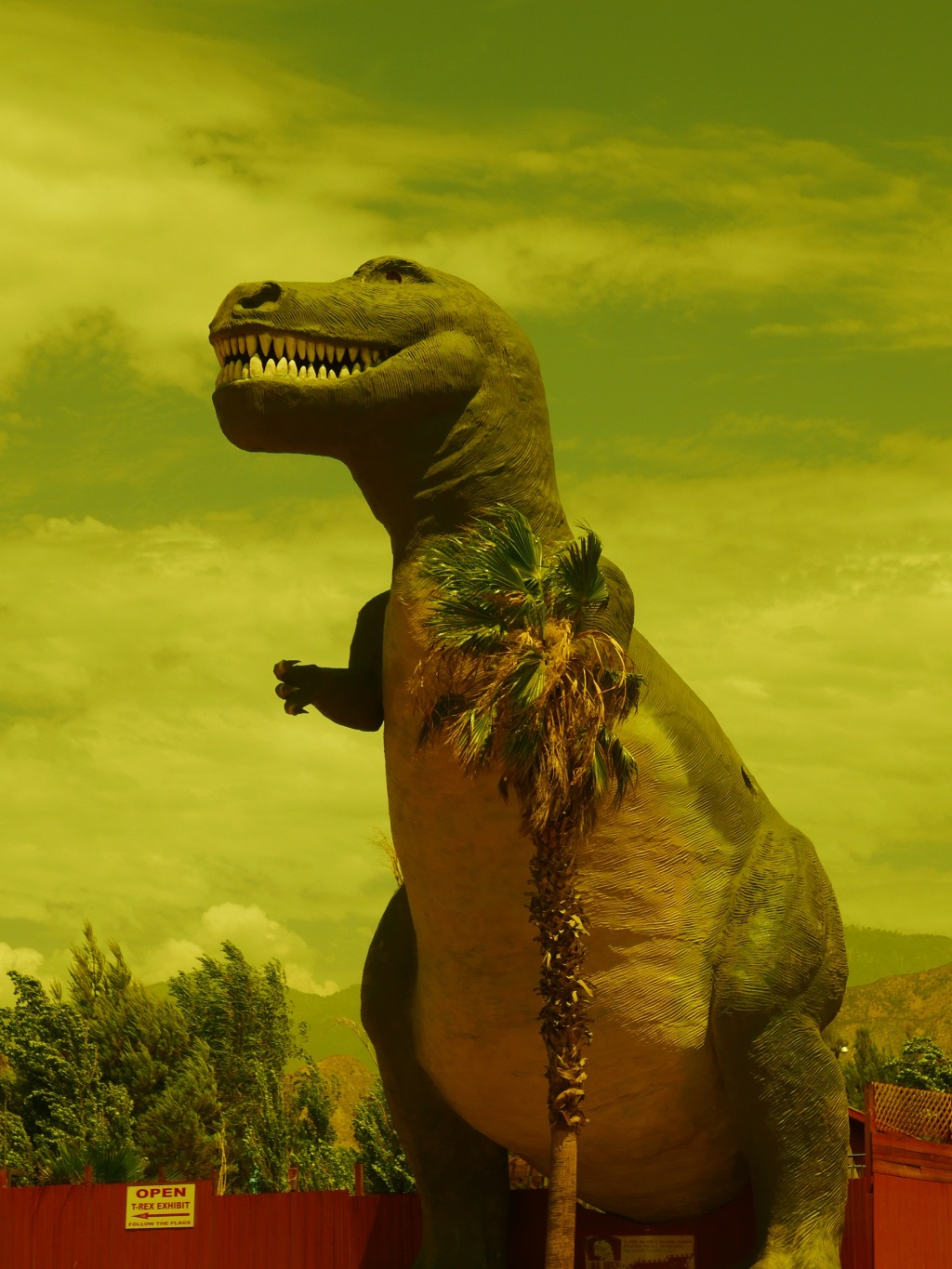 Lately, nothing is how I remember it: the diner where I ate artisanal pancakes, the dog park where I met my influencer girlfriend, the beach, the farmer’s market, my new sustainable Japanese garden with firepit…

“Nothing compares to the first time,” says my girlfriend, a woman I no longer recognize, a person who, as much as it devastates me to admit, fails to live up to the 300k-plus-followers dream I met three weeks ago. To the larger-than-life trailblazer working on her phone in the dog park while my French Bulldog ran mad circles around us like some viral Insta story.

She’s wrong about topping that moment. This is different. Nothing is how I remember it. The colors, pixel-like textures, tilted horizon… Everything’s askew, less vibrant, underwhelming. None of it is real.

Last week’s diner is a cheap replica of my favorite new haunt. What happened to the upbeat music, the ecstatic customers, the glowing-like-amber maple syrup? The dog park is abandoned, littered, and entirely not the electric, magical place I know and love.

My nothing-special girlfriend says climate change is eating up the beach I remember. But that’s not what this is about. The vegetables at the farmer’s market are dull and gray. Even my garden is drab, counterfeit, dead. It’s like I’ve stepped into some alternate universe in which I can’t win, where everything is unremarkable, pathetic, subpar.

Annoyed, my fake girlfriend snaps a photo of my now sad backyard, taps her phone, and shows it to me.

That’s it. That’s my garden.

The yearning inside me is so unbearable I want to climb into her phone, headfirst.

image: Dylan Willoughby: I am a permanently disabled LGBTQIA+ poet and composer, born in London, England and currently living in Long Beach, CA. Chester Creek Press has published 3 limited-edition letterpress poetry chapbooks, with illustrations by the hyper-realist painter Anthony Mastromatteo.  My poems have appeared widely in literary magazines including Agenda (UK), Stand (UK), The Interpreter’s House (UK), Shenandoah, Salmagundi, Denver Quarterly, CutBank, Southern Humanities Review, and Green Mountains Review.  Recent poems have appeared this summer and fall in The Laurel Review, Fahmidan Journal, Goat’s Milk Magazine, Sledgehammer Lit, Sparrow’s Trombone, and Bloom Magazine, and are forthcoming in Ample Remains and Amethyst Review. I have received residency fellowships from Yaddo and MacDowell, and earned an MFA from Cornell University, where I studied with A. R. Ammons and Robert Morgan.  My music, as “Lost in Stars,” has been featured by The Los Angeles Times, NPR/PRI program “Echoes,” KCRW (LA NPR station), Entertainment Weekly, NYLON magazine, XLR8R, Insomniac, Earmilk, and many other venues.