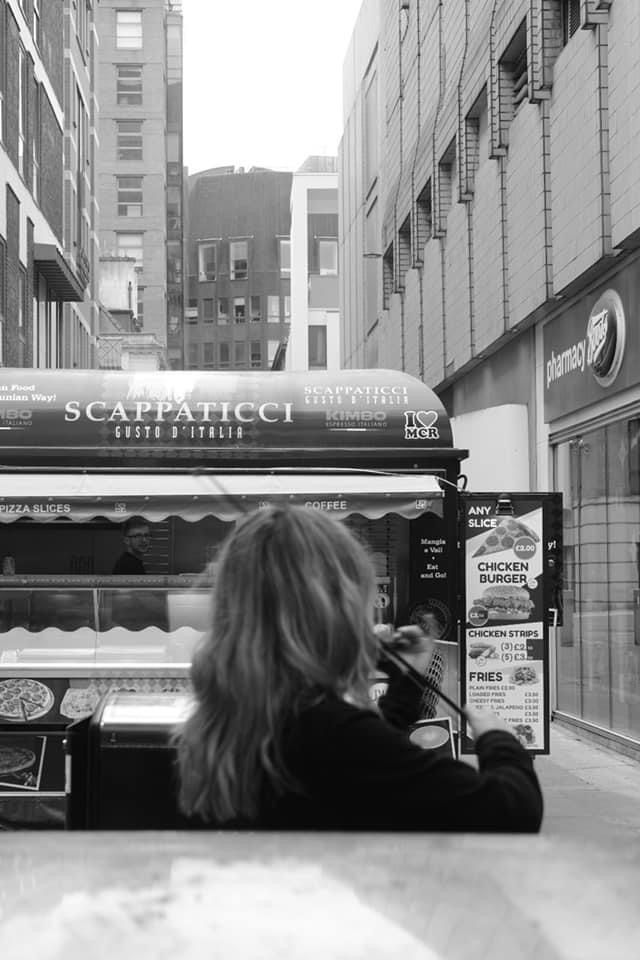 Once a week, when I was very little, my mum and I would go to an off-brand burger bar in the centre of town. The patties were floppy and the fries suspiciously hollow, but it was cheap, and we made a party of it every time: the jokes that made me giggle and the kids’ meal with the bright yellow plastic toy and a shiny smear of sauce.

Then came the Chicken Nugget Years, and ketchup became something else.

Every other Saturday my father came to take me to his mother’s big old house in the suburbs, for six hours of the day. They called it an access visit, but I was never really sure who got access to what.

I soon learned that from the minute I started walking down the steps and across to the waiting car at eleven in the morning, to the awkward handover at the entrance to our building at five, I needed to watch. Watch my words. Watch my father’s face. Watch for the flicker in the pale blue eyes behind his smudged wire rimmed glasses, the hint of tension tightening his jaw. To pay attention to the chill that I felt sinking into the heels of my Start Rite sandals when I saw the signs.

I had to watch myself around my grandmother too, as we sat around her polished wooden table under the dry tick of the dining room clock. A word or a gesture out of place and my grandmother would cry, and her tears would bring new bruises blossoming on my four-year-old body, a tender souvenir of my day out.

Like so much in that house, rituals quickly calcified around food, as our actions grew rigid with repetition. Deviation from pattern prompted the familiar warning signs, which I became a little expert in detecting and deflecting. At the sound of the intake of breath in the driver’s seat next to me I suddenly realised – that one late pick-up when I’d already eaten – I was still hungry, sure. The pain of stomaching a second dinner was better than the alternative.

I don’t remember the first time I was given those chicken nuggets, but I remember the deadening drop that accompanied them as they reappeared on my plate Saturday after Saturday. Flaccid grey bullets, made of God knows what parts of the chicken. The only way I could make myself swallow them was to load each forkful with as much ketchup as it could take, and smile. The corners of my mouth stung with it but I focussed hard on that finish line, the rising relief as the end approached.

Sometimes we went out, to a theme restaurant where they served your meal in the hollowed-out chassis of an outsized replica Chevy. In the reassuring presence of our fellow diners, I could pick what I wanted from the menu, and the ketchup came in cheerful bottles that looked like giant round tomatoes.

I remember eating one burger particularly slowly, as I sat on the Chevy’s faux leather seats. I had just turned 18. No-one else around that table knew that it was the last meal we would have together, before a letter placed in the mailbox with shaking hands would finally put the whole thing to bed. I put extra ketchup on the inside of the bun that day. Its red was almost regal, and it tasted like victory.

My daughter loves ketchup, and we keep an extra big bottle of it in the fridge for her. My son isn’t so keen – he’s never been a fan of anything too sharp. That’s just fine by me.

It doesn’t stop me keeping watch though – for the edge creeping into my own voice, for the family rituals that might become a little too rigid. For the tell-tale flicker of wariness in their eyes. Each morning I study my face in the mirror for the familiar lines of tension watermarking my own features, and each evening I look up, checking for the beginnings of stalactites dripping from the ceiling.

Katy Naylor lives by the sea, in a little town on the south coast of England. She writes in the time that falls between the cracks. She has work published or forthcoming in places including Ellipsis Zine, Expat Lit and The Bear Creek Gazette. She can be found online at https://voidscrawl.weebly.com/ and on twitter @voidskrawl.

image: “serenade me” by Courtenay S. Gray, a writer from the North of England. She has been featured/is due to be in publications such as Maudlin House, Daily Drunk Mag, Thin Slices of Anxiety, Misery Tourism, Expat Press, and Red Fez. She was nominated for a Pushcart Prize (2020). Courtenay was a runner up for the 2021 Literary Lancashire Award in Poetry. Twitter: @courtenaywrites / Blog: www.courtenayscorner.com.