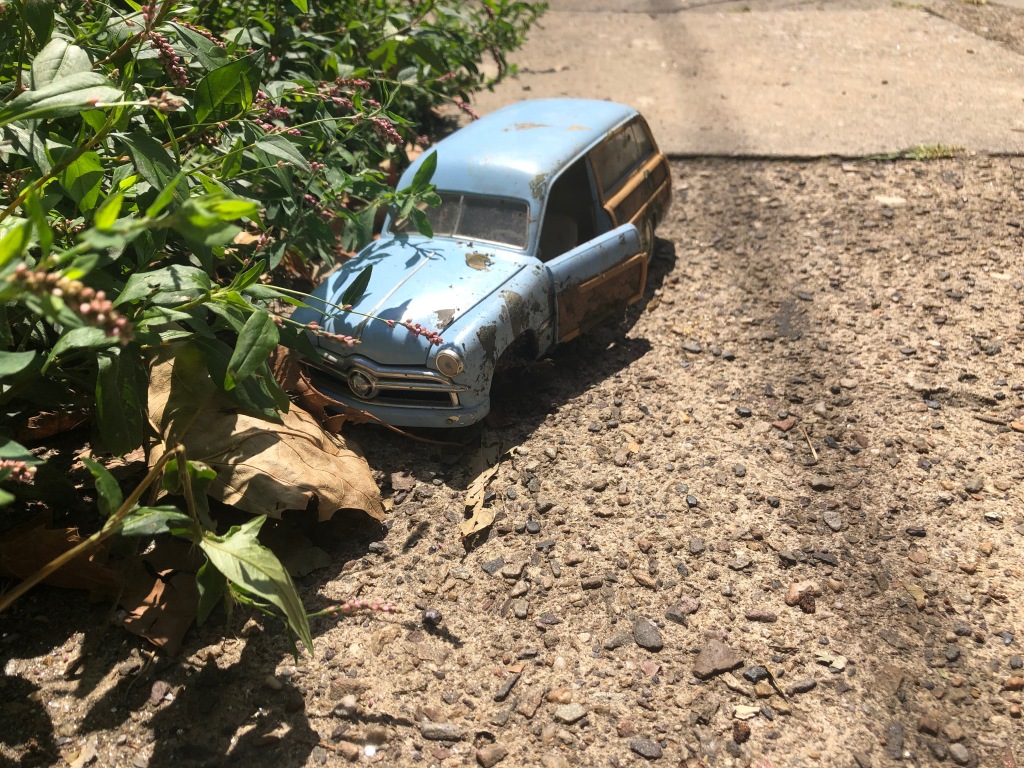 Debra wept when she read the note.

“I can’t give them up,” she said into the tissue. “This is so unfair.”

The note writer threatened phone calls. The police. The townhouse manager. The Humane Society. The logic in the note was sound. No one should keep cats in a car in the parking lot of a townhouse complex in a freezing winter.

Debra had two kids, a daughter in middle school and a high school drop-out son. Debra got evicted from her last apartment. We felt sorry for her, and we took her in because we worked at the restaurant together, and Debra always took our extra shifts. But the cats could not come in. We were allergic. The cats stayed outside in Debra’s car, an old tan Buick.

Debra needed time to pull herself up. A few weeks. A month. Four months. Six. The boy put a sleeping bag in front of the TV. The girl slept on the loveseat. Debra slept on the couch.

The cats peed all over the car even though Debra put a litter box behind the passenger seat. Give them time, and they will get used to their space, she said. Debra begged to take more of our shifts even though we needed them, too.

The daughter asked Debra to pick her up from school two blocks away, but Debra insisted on the front of the school. Everyday, Debra pulled up in her cat car, sat up straight, and smiled and waved at her daughter behind closed windows because the cats tried to jump out.

Debra wanted to knock on doors of the complex to ask who wrote the note. She wanted to present her case. Status: Picking herself up and becoming the New Debra.

Debra did the dishes and dusted and fretted over the cats. She washed their blankets every day. Sometimes she laid down in the car with them and pet them. Our townhouse was a storage unit. The half bath downstairs became a biohazard because the boy peed everywhere but the toilet.

Debra had an on/off boyfriend, a meth guy with a one-syllable name. Sloe or Tol or Sol. At her old place, Debra used to let him stay with her and the kids. She did not do drugs with him, but she gave him money for food and never was in the room with him when he got high and never let her kids see him when he was high. She told us she was addicted to him but like it was past tense.

When I shuffled downstairs in the mornings, the on/off boyfriend scooted out. Soon, he stopped slipping out and lingered longer on weekends. He sat close to the daughter. The daughter looked at me as I walked down the stairs, and she did not look at her mother anymore.

Trash took over the coffee pot space. I started leaving early for work so I could stop at the Circle K for coffee. When I walked past the Buick to get to my car, the cats rushed the window, pawed at the glass and meowed high and long, like they needed to scream as loud as they could though they understood they would never go anywhere else or be anything other trapped.

Stephanie Austin has been published in Pithead Chapel and Heavy Feather Review.