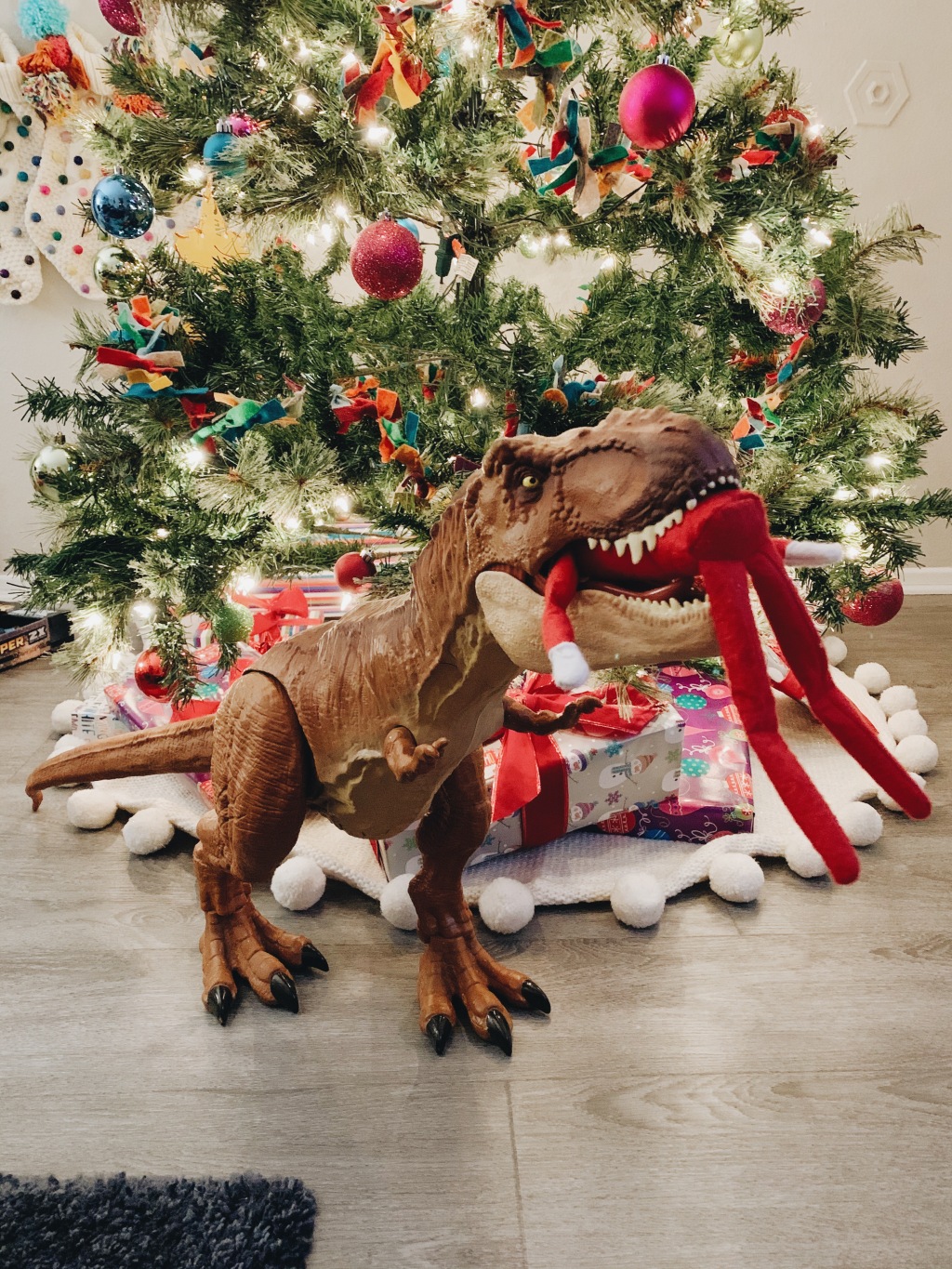 Neither of the clerks turn to look at him as he pushes through the front door of Alfie’s, and the rusty bell above the doorway clunks lifeless behind him.

Without looking away from the television behind the counter, one of the clerks points toward the coolers in the back of the store. Johnny’s doctor told him to start eating more iron rich foods, and apparently this bottle of dark vegetable juice would do wonders for his blood oxygen levels. Liquid inside is so dark it almost looks like blood.

Johnny raises the bottle in the air toward the clerks.

“How much is this vegetable bloo–”

A woman’s voice leaps from that tiny television; breaking news, she says. A small town has made a scientific breakthrough with lab bred dinosaur-humans. Stay tuned to hear more.

One of the clerks turns to look at the bottle Johnny is holding up above the racks of road trip snacks.

The clerk’s eyes linger on Johnny’s fingers, but Johnny is too busy staring at the tiny television screen to notice.

Not particularly thrilled to hear of the town’s success in gaining international coverage, he feels an unwelcome churning in his stomach.

Years ago, his hometown was penniless and paltry, until they began dreaming up grotesque ways to bring in more tourists. Tourists are money, big money, and now their little town was rolling in it—thanks to the fattest cow, or a three headed dog, and now, the first dinosaur-humans.

Their attempt to attract tourists was working, and it was more screwy than usual.

Interrupting his own internal disapproval, he turns to grab two more bottles of Cucumber Orange Kale-Twist. Shuffling to the counter, he shoves his hand in his pocket—fumbling through clattering coins to pay for his vegetable blood.

Behind Johnny, the other clerk whispers into a phone by the door, hand cupping around the receiver, looking nervously at the back of Johnny’s head.

Above Johnny, a computer-generated image of what the dinosaur mutants are said to look like appears on the screen. Their eyes sunken. Their skin a pale purple, covered in a maze of prominent veins, and the hands of an eighty-year-old plagued with rheumatoid arthritis.

Johnny notices the clerk’s eyes on his skin while he counts from the coins he pulled from his pocket. He realizes how exposed he is under the hot fluorescent lights and unrolls the cuffs of his shirt, just as a mob of eleven appears in bright yellow hazmat suits.

They crash through the windows of the corner store.

They’re yelling, leaning their heads back in their too-big masks, like little boys wearing their dad’s baseball caps.

Johnny stands there, arms full of vegetable juice, stammering at the hazmat suits about his poor circulation. He isn’t one of their mutants, he says, backing away from the knot of outstretched yellow arms. But they lunge and carry him out to their van.

With shrieking tires, the van drifts out into traffic—the back doors left flapping wildly.

Jonny thrashes and kicks the needles out of their grasp, flings himself through the gaping back doors and into the middle of traffic on Rosehill, and runs like hell for the narrow alley behind Alfie’s. He lost the van, and the hazmat men, a few blocks ago, but he is still running. His muscles are burning, he feels ice cubes in his lungs.

On a backstreet, he’s pulled through a shadowed doorway by a scrawny hand with purple knuckles and he falls, wheezing, against a hallway wall.

Still catching his breath, his sentences bump into each other.

“Needle… too big… not a mutant! The clerk. Why would he?”

He takes a breath.

Johnny is led into the next room, and the group of strangers tell him to breathe as they turn on the lights. A soft glow fills the room around them, and they press their hands into Johnny’s trembling palms. They share their own stories of triumph against the hazmat suits, and as they speak, Johnny’s eyes flit from purple kneecaps, to purple cheekbones, to purple elbows. He stops them.

“But how can they mistake us for their own experiments?”

Johnny looks at them, his eyes pleading for any explanation.

“Their experiments failed weeks ago but they’re desperate to give the tourists what they were promised.”

Sierra O’Brien is a twenty-something writer, aspiring librarian, and cupcake  enthusiast living among the 10,000 lakes of Minnesota. Her work has previously been displayed at the Marmot Art Space in Spokane, Washington, appears in perhappened, and is forthcoming in journal of erato. You can find her on Twitter @sierrraaaobrien, if you want.