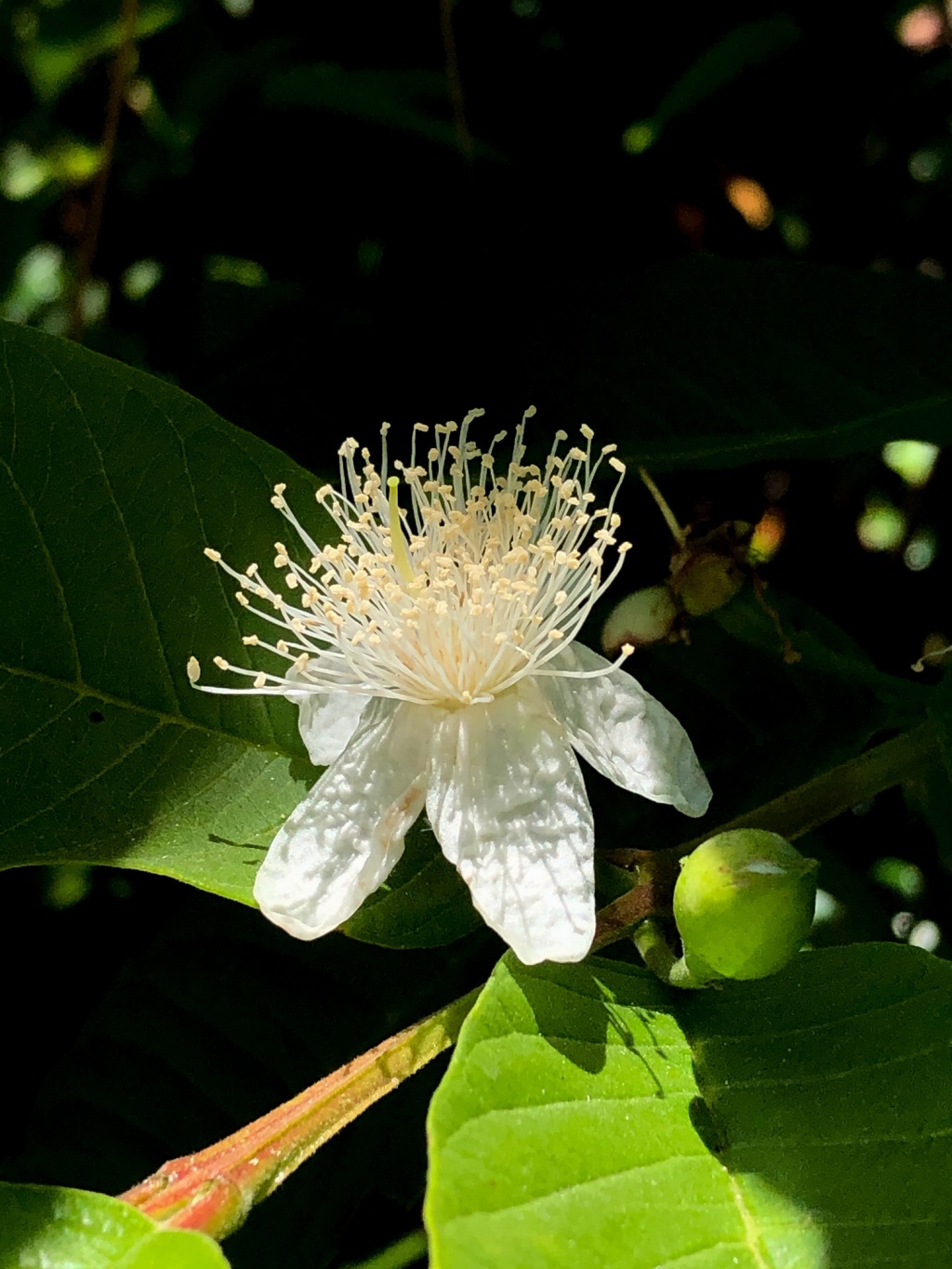 On Monday, somewhere in the vast space between my moments of focus, a stargazer bloomed from the green shoots of an amaryllis—it’s blossom came two months later than expected. I placed the plant on the red-brick wall around the porch and tended to it faithfully. On Friday, the stargazer died. The week felt endless. I am held by a gracious longing and a deep comfort in the notion that the amaryllis waited to bloom.

On Tuesday, a wet microburst fell from the sky and flooded the streets. I brought the flower in and set it on the table, looking into the blossom until I felt it staring back through ripples inside a bloodshot eye. In a moment, we became inseparable, singular. That night my girl beat me with a clothes hamper while I was curled up on the floor. It wasn’t wholly undeserved. I said things that were meant to cut. She knocked over the stargazer on a backswing, and I crawled across the carpet shoveling soil back into the terracotta pot with two cupped hands. The next morning, its petals were wilted along the edges, marking the first movement in a cycle toward death. Perhaps this was its natural course—maybe it was another good thing lost to the misery of our home.

On Wednesday, there was a delivery to the butcher shop. Two trucks filled with thousands of pounds of chicken and pig and cow and fish. At 5 AM, I started to unload them. The chicken juice and cow blood soaked my uniform, so I smelled like a rotten roll of pennies for the last six hours of the shift. Across my mind, thousands of stargazers bloomed over and over again in a breathing tapestry. I stacked dead animal parts until the boxes were leaning and collapsing on one another. The blooming continued through the surface of my grey matter. Then they wilted and shrank and disappeared into a wrinkled brown mass. After work, I drank bourbon and stared at the dying flower while my eyes got red and dry. It stayed colorful and spirited until everything in my mind went black.

On Thursday, the stargazer was knocked over again by an unnatural earthquake. I felt in that moment like we were suffering together. I didn’t want the amaryllis to go. Again, I found myself on the floor and in a frenzy. The earthquakes started when the deep-injection wells were put in place, pumping benzene and proppants into the ground. 30-trillion gallons pushed below the shale, below the plains, below all the grass and all the flowers. I push my anger down into dark places too.

Friday came and the day broke into two parts. At sunrise, the stargazer still looked alive, aged but full of life like a grandmother on roller-skates. I put my thumb into the curled red and white lips of the flower. I pulled it out, forming my cut fingers into a ball, opening and closing, imagining my hands and their scabs as amaryllises blooming again and again. This went on until early evening when the petals shriveled up entirely. I couldn’t stand to see it like that. I put the pot in the chair on the front porch and went to bed hoping the summer night was warm enough to keep it comfortable.

On Saturday, I slept until late morning under a psychedelic blanket. I listened to Satie play games with silence. I flipped a flashlight on and off, so the colors of the blanket were illuminated. I thought of Brion Gysin’s dreammachine and his time spent with William Burroughs in Paris. I played with one of these machines many years ago. Resting my face in front of it, I closed my eyes, and it began to spin, sending me spiraling deep down into an unbroken tunnel of blossoms. There were so many colors, some I’d never seen. They mixed and emerged, petals moving one another like soft teeth on verdant gears. I fell and fell and fell and it was only flowers forever.

Mason Parker is an Okie-born, Montana-based writer. His work has been featured in or is forthcoming from X-R-A-Y, Kreaxxxion, and Expat, among others. It has been anthologized in print in A Beautiful Resistance. He has completed two manuscripts for which he is seeking a publisher. In his free time, he enjoys exploring the nearby Beartooth-Absaroka wilderness with his partner and two dogs.